iPhone has proudly ditched headphones to embrace the more convenient wireless since its iPhone 7. There has been a lot of excitement around this new breed of sleek and trendy headsets.

Since their launch, many manufacturers have attempted to produce world-class ‘true wireless’ headphones that can appeal to the masses.

Some of them have been pretty successful, not to mention their growing popularity among the ultra-modern tech-loving crowd. And why not! The Wireless Headphones are proving to be sleek, powerful, and fashionable too.

It is clear that, globally, people are attracted to the concept of wireless technology, especially when it means that they can do away with the hassle of a wired accessory, which they need to keep with themselves all the time, and which seems to tangle no matter what. The fact that wired headphones accounted for 17% of the total headphone sales in 2016 speaks volumes. 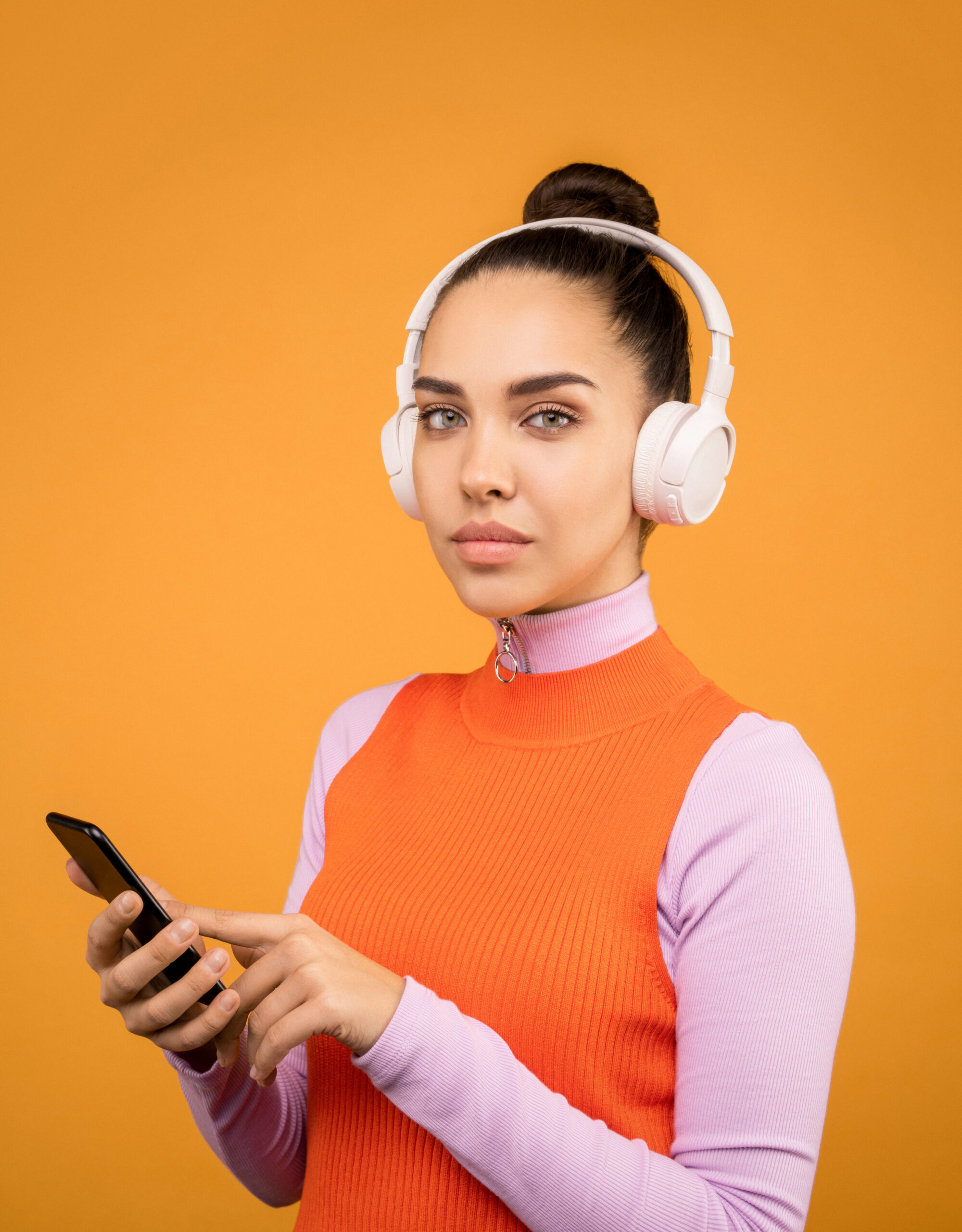 Are wireless headphones really worth it?

It has always been a debate, as is with every emerging technology, whether wireless headphones are really worth it! Are they just glorified versions of an accessory, or do they add value!

This is, of course, debatable according to the taste and preference of the individual. However, what CEO Tim Cook referred to as Wireless Future, soon became a subject of debate amongst public health experts.

While a professor from UC Berkely School of Public Health said that ‘We are playing with fire here’– referring to the new Apple headphones, the latter engineers and marketing directors argue that the microwave radiations emitted are well within the FCC guidelines.

The irony here is, more than 200 scientists who have studied the effects of electromagnetic fields are of the opinion that FCC guidelines are inadequate to determine what is good for health, and what is not.

But again, authorities across the world have taken tangible steps to reduce wireless radiation in schools to keep children away from these harmful radiations.

While the world seems to rejoice about the technology of Bluetooth and Radio Frequency (RF) devices, there is always a concern about the ill effects of this technology.

When cell phones made an entry into the market almost a decade ago, there was a huge stir citing the impact of cell phone radiation, brain cancer, electromagnetic fields from devices screwing up our health, and so on.

What is Radio Frequency?

Radiofrequency (RF) radiation is radio waves and microwaves at the low-energy end of the electromagnetic spectrum, which has non-ionizing radiation.

Non-ionizing radiation means it has enough energy to move atoms and cause them to vibrate but cannot ionize them. The ionizing effect happens when the charged particles in an atom-like electron are removed.

So, what happens when rf radiation is absorbed?

If RF radiation is absorbed in large quantities by water, food, fluids, and body tissues, it produces heat and can lead to burns and tissue damages.

RF radiation does not cause cancer as the DNA is not damaged but is speculated to have biological effects that could result in cancer in some circumstances. Wi-Fi and Bluetooth are also a part of this man-made RF radiation.

Although the claims of such radiations affecting our health are true, many of these devices have undergone drastic improvements and have resulted in a safe way of producing devices that can be used by the population all around the globe.

So, what are we missing here? And what really is the dynamics of these Wireless Headphones?

While your Wireless Headphones keep your phones away from your head (read brain), they are typically just about replacing one radio-transmitting device with another.

In 2011, the World Health Organization indicated that radio frequency radiation of electromagnetic fields is carcinogenic in nature “increasing the risk for glioma, a malignant brain cancer, linked to wireless phones.

Also, the radio-frequency (RF) of any wireless device emits non-ionizing radiation. Although these are not as dangerous as those that emit ionizing radiation, (like X-ray machines), it remains a cause of concern.

Now, the biggest challenge is that most environmental factors take several decades of exposure before they start showing consequences.

Hence, apart from cancers and tumors, there could be a whole lot of other potential health effects, like cognitive memory dysfunction, since we hold our cell phones close to the memory temporal lobes.

Although microwave ovens use many high levels of power, power levels are not the concern here. It is the rate of change of the EMFs and the pulsing that causes most of the physiological damage.

As per these studies, Bluetooth radiation is dangerous. And wireless Bluetooth headsets are especially dangerous because, they are held within centimetres of the brain and are used along with the cell phone, doubling your exposure to the radiation.

On the contrary, the Center for Disease Control and Prevention says, –To reduce radiofrequency radiation near your body: Get a hands-free headset that connects directly to your phone.

Hence, coming to think of it, they emit far less radiation than cell phones. And to be a little more precise, One thousand times less. The problem, however, arises when you use a Bluetooth headset and the transmission strength from the cell phone itself is not reduced.

In this context, it also might be interesting to note that, Bluetooth devices that fit in or around the ear typically have a Specific Absorption Rate (SAR) of 0.23 watts per kilogram (W/Kg).

If you compare this SAR level to some mobile phone SAR levels, you will be surprised to know that it is worse than some cell phones. But, there is absolutely NO evidence that reducing SAR levels will reduce health risks.

Complicating matters even further, lower doses were often found to be more effective tumor promoters than higher levels; in effect, turning the conventional concept of a linear dose-response on its head.”  Alex Lerchl

According to traditionally accepted scientific principles, our bodies communicate bio-electrically before they do biochemically.

How then is wireless Bluetooth safe for us to use?

In the wireless world’s language, you live at 2.4 GHz. What this means is that a router, cordless phone, Bluetooth earpieces, baby monitors work on this frequency and not any other frequency.

According to the “International Journal of Radiation Biology, July 2015,” a study on RF technology and electromagnetic fields finds their results as under –

“Devices such as access points or Wireless Local Area Networks (WLAN) have been indispensable in houses, workplaces, public areas, schools, etc. However, the widespread use of these devices naturally has been increasing the environmental electromagnetic field (EMF) levels. Additionally, new wireless devices such as wireless printers, hard discs, headphones, etc., have been also the sources for increasing electromagnetic pollution. Therefore, the health effects of wireless technologies need to be studied and enlightened. It is also important to note that uncontrolled wireless internet usage can turn into a habit and may continue throughout our lives without us being aware of the potential harmful effects of electromagnetic fields. Discussion on the health effects of radio frequencies, especially on wireless technologies such as mobile phones, began at the beginning of the 1990s. At the end of contradictive discussions, the International Agency for Research on Cancer (IARC) classified mobile phones as 2B (IARC 2011). Although many of the contradictive studies on the health effects of mobile phone exposure exist, adequate studies are still not available on the side effects of RF emitted from wireless internet equipment such as Wi-Fi.”

This applies to all the devices that use wireless technology and therefore wireless accessories including Wireless Headphones cannot be excluded from it.

Laws are already beginning to become stringent in many nations with Canada proposing new wireless radiation safety warnings and France banning Wi-Fi in daycare centers are both good examples where Government has supported wireless radiation warnings.

Here are some of the excerpts from FCC regulation for consumer benefit who use wireless technology on a regular or daily basis:

“The SAR is a value that corresponds to the relative amount of RF energy absorbed in the head of a user of a wireless handset. The FCC limit for public exposure from cellular telephones is a SAR level of 1.6 watts per kilogram (1.6 W/kg).”

A SAR value is a measure of energy (max.) absorbed by a unit of mass of exposed tissue of a person using a mobile phone, over a given time. In simple terms the power absorbed per unit mass is SAR. In the United Nations, phones should have a SAR value below or at 1.6 W/Kg, taken over the volume containing a mass of 1 gram of tissue.

According to the FCC requirements, cell phone manufacturers are required to conduct their SAR testing and include the ‘most severe’, ‘worst-case’ and ‘highest power’ operating conditions for all the frequency bands used in the USA for a particular cell phone.

The SAR values recorded on the FCC’s authorization and in the cell phone manual to demonstrate compliance with Commission rules indicate only the highest single measurement taken for each frequency range that the particular model uses.

FCC approval means that the device will never exceed the maximum levels of consumer RF exposure permitted by federal guidelines, but it does not indicate the amount of RF exposure consumers experience during normal use of the device.

While only the maximum SAR values are used for FCC approval, all test reports submitted by the manufacturer are available in full for public inspection on the Commission’s website.

How can you reduce the health effects of electromagnetic radiation?

Debates are endless and so are opinions. Finding a middle ground amidst the controversy of what is good for our health and what is not, seems to be a viable option after all.

While most of the science and technology jargon is difficult to understand for the common man, there is something we could still do. We can look for the manufacturers’ specifications on the wireless headphones pack.

Basically, there are three power classes, and understanding these three types of radiation is key to minimizing your exposure to Bluetooth radiation.

Class 3 transmitters are the least powerful or the weakest; and operate in a range of fewer than 10 meters, having a peak transmission power of 1 mW. These emit the lowest level of Bluetooth EMF radiation.

Studies have asked millions of people about their health and mobile phone use and other wireless communication devices, and have found no clear association between cancer and cell phone use.

Being a curious bunch, and not knowing in which direction to swing yet, nothing prevents us from being a little careful when it comes to our health and well-being. Use these Wireless Headphones in moderation and long term. And unplug and go offline sometimes.