If you’re like most people, you like to do a little research before buying new headphones. That usually means watching a few videos, hopping on a discussion board or forum, and reading a couple of reviews.

We’ve compiled a list of the highest-rated wireless headphones on Amazon US so you don’t have to filter through thousands of different options. We describe what they are, and what reviewers are saying about them.

The 5 Highest Rated Wireless Headphones on Amazon US

Hicober’s wireless neck buds are designed for the sports enthusiast. They have an in-ear design that isolates the background noise, and ear hooks that ensure a secure fit (and also three other ear tips just in case). They also come with inline remote for volume and playback control for playing music and taking calls. When not in use, magnets in the earbuds connect to create a necklace that stays around your neck.

Want to look for your next exercise headphones? These are your best bet.

If you want some more traditional headphones, like the ones that wrap around your head, Alltrum’s Foldable Over-Ear Wireless Headphones provide a solid option. The Alltrum Wireless Over-Ears come in various colors and feature a matte color design with a leather-wrapped aluminum headband. The pads on the earcups are also made of soft leather, which does a relatively good job at isolating the sound, and the earcups themselves can fold up for more space. Perhaps the coolest feature of the Alltrum Wireless Headphones though is the ability to switch between four modes: wireless Bluetooth connectivity, MicroSD playback, FM Radio, and line-in audio. How many headphones do you know let you listen directly to a MicroSD, or to a radio station?

Comfort and build quality were at the top of people’s pros list, as people barely noticed the weight of the headphones as it rested on their heads. Customers agreed that one of the most useful features was the ability to use it wired or wireless, but had varying experiences with the audio. Some said it was loud and clear, others felt disappointed, but the overall consensus appears to be that these sound great, but only for the price.

Finally on our list is the Kimitech Bluetooth Over-Ear Hifi Stereo Headphones. These seem like barebones, black headphones with swivel earcups (branded with Kimitech’s logo), but behind the plastic casing, there’s a lot more to be impressed by. First, there is a 40mm audio driver built into the headphones, which boasts a powerful and expansive soundstage that can rival more expensive headphones. Memory ear protein cushions also line the ear cups, which are designed to simulate human skin texture, ensuring lasting comfort. Similar to the other headphones on our list, there’s a built-in microphone for taking phone calls.

Consensus: 5 stars based on 92 reviews.

Most praise towards the Kimitech Wireless Headphones is for its sound quality and comfort. These headphones feel light on your head, although a few reviewers did complain about a tight fit. Many praised the audio for feeling full and clear, especially in terms of the bass and the highs. However, there were a number of reviewers who noted a strange humming noise, while others mentioned a clicking sound. Regardless, they praised customer support for being able to respond quickly and offer a replacement quickly and efficiently.

Looking for a similar feature set but with a different design? The TAIR Wireless Stereo In-Ear Headset has you covered. With rubber tips, a neckband design, and an inline microphone, the TAIR wireless headphones also feature IPX level 4 sweatproof and weatherproof material, which means you can go for your daily run without worrying about your earbuds falling out. Similar to the Hicober Wireless Headphones, they utilize Bluetooth 4.1 allowing you to connect 2 devices at the same time.

So what do the reviews say about the TAIR Wireless Stereo In-Ears? Overwhelming praise. Several users praised the loudness of the headphones, despite the brand name. One reviewer even mentioned they were 80% dead and they were worried they were not going to be loud enough but was pleasantly surprised. Other points of praise included the range (up to 30 ft with multiple walls!) and fit of the earphones, with many saying it was difficult or near impossible to have them fall off.

On the other hand, some reviewers mentioned that only 2% of the reviews were negative, and an overwhelming portion of the positive reviews seem biased. Negative reviews criticized a tinny sound produced by the earbuds, and a flimsy cord design prone to being cut or snagged easily. We recommend exercising caution before purchasing these.

Third, on our list is the PluStore Sports Stereo Headphones. These are also neck bud-style- two earbuds connected by a cinch that hangs on the back of your neck. In terms of design, the biggest difference is the colorful, more playful silhouette compared to its competitors. The PluStore Sports Stereos have a lime-green accent on the ear tips and the casing. The playback and volume remote is also found on the right earbud, as opposed to being attached to the cord. Other features include sweatproof material and aptX Bluetooth technology, which promises lower latency and higher quality audio connectivity.

Reviewers love the durability and audio quality of these headphones. Noise isolation was also praised, with the headphone’s ability to block out ambiance very well. It also comes with various options for ear hooks and ear tips, so finding a fit shouldn’t be a challenge. One point of contention was the battery life. Some had stated they were able to get 4 hours, others 5, while some complained about a three-hour charge and considered purchasing a second pair.

As experts in the audio equipment industry, we noticed a trend in our research that many reviews seemed to be fake or bought. This was particularly the case for lesser-known brand names, but we also came across fake reviews for major brand names like Bose and Beats.

While it would be wasteful and near impossible to verify the veracity and authenticity of each account, our advice is to remain observant of any patterns. If there is an overwhelming number of positive reviews without negative reviews, then this could be a red flag. Check the negative reviews (even when it says there are 0%, they could just be obscured), to see what other reviewers say. Real products will have actual criticism, while bought reviews only feature customers claiming other reviews are fake.

We’ve presented the top reviewed headphones on Amazon in this post, but it is in no way an endorsement for any of them, as we have yet to try them. Again, we advise you to stay cautious and skeptical of any headphone that seems cheap and offers major features like noise cancellation. 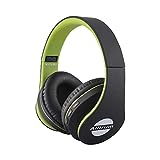 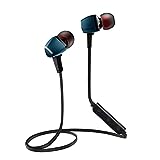 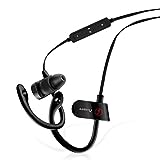