Sony’s excellent WF-1000XM3 has been prominent members of our best true Wireless earbuds list. Thanks to their combination of sound quality, battery life, call quality, and active noise cancelation (ANC), we still find them the best true wireless earbuds you can purchase overall. 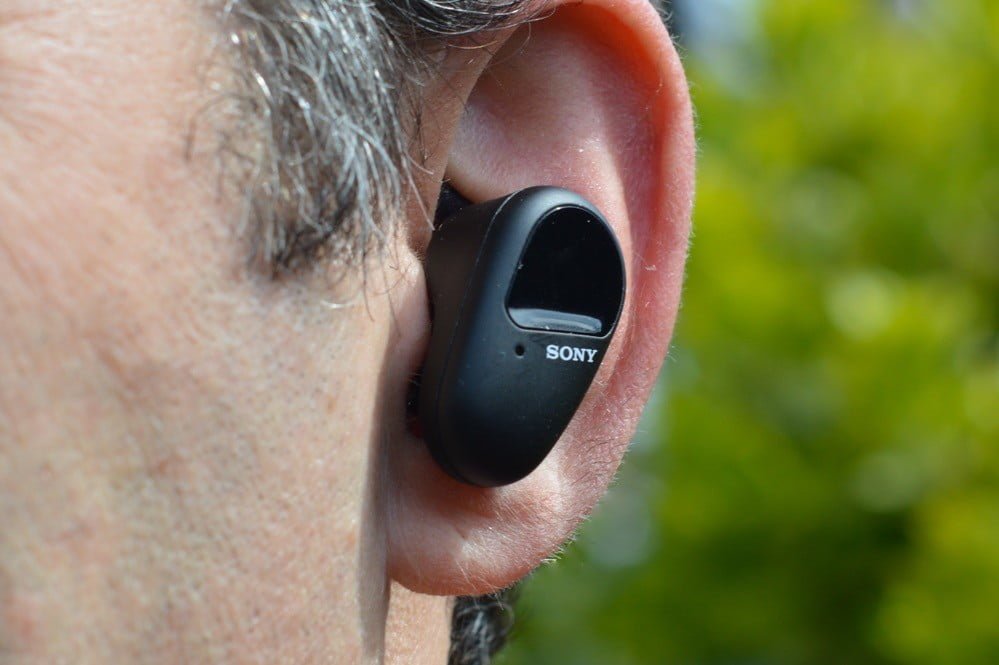 This year, Sony launched the WF-SP800N, a package of real wireless earbuds typically designed for sports and active lifestyles. The WF-SP800N on paper tends to outclass the older WF-1000XM3 in a variety of key categories such as battery life, water-resistance, and quality. The SP800N is $30 less than the $230 1000XM3, at $200. 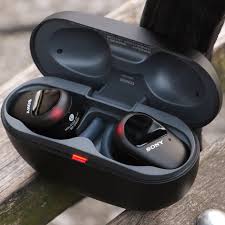 One of the first set of true wireless earbuds to hit the market with full ANC was Sony’s WF-1000XM3, but they didn’t sacrifice battery life to do so. With ANC turned on, they boast six hours of listening time, and a very good eight hours when turned off. Compare that with Apple’s AirPods Pro (4.5 hours with ANC, 5 hours without ANC), and it’s easy to see why the WF-1000XM3 is still so common.

There is still space for change, however. After the launch of the 1000XM3, we’ve seen newer ANC earbuds take battery life to the next level, including Master and Dynamic’s MW07 Plus, which can hold the tunes on with ANC switched on for 10 hours.

Not to be outdone, the WF-SP800N in the battery life wars can best be represented as the “keep my beer” response from Sony. With ANC on, they can run for nine hours, and a battery-busting 13 hours with the disengaged feature. This is the longest run time for those who keep score that you can get on a pair of truly wireless earbuds, with or without ANC.

It’s no contest when you’re the fastest.

Water as well as the safety from dust 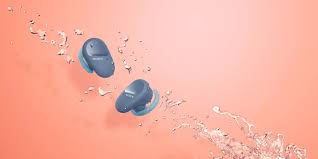 Another attribute that premium ANC earbuds have mostly failed to incorporate is the protection from the elements. The WF-1000XM3 can withstand some sweat, but they’re not officially IPX-rated by Sony so expose them to water at your own risk.

The AirPods Pro from Apple and the Momentum 2 True Wireless from Sennheiser are IPX4, or what we prefer to think of as a decent amount of water resistance for everyday earbuds. The MW07 Master and Dynamic Plus with IPX5 up the ante a bit.

On the other hand, Sony’s WF-SP800N is going the farthest, with IPX55—a ranking that protects against both dust and water—for the best protection you can offer in a pair of true wireless noise cancelling earbuds featuring ANC.

The SP800N again claimed victory, not only by going beyond the WF-1000XM3 but also by killing the rest of the competition. 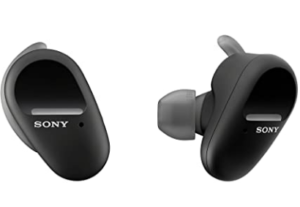 As both versions go on sale — which appears to happen concurrently — the price gap can be as slight as $10, with the 1000XM3 going as low as $180, and the SP800N reaching $170. That’s a good reason to pay careful attention to your favorite electronics stores and Sony’s website.

But solely on the basis of the suggested retail prices (MSRP) from their supplier, we have to send this one to the WF-SP800N.

Sony has taken a very realistic approach when it comes to the construction of these two sets of truly wireless bluetooth earbuds. Planned for general daily use and travel, the WF-1000XM3 emphasizes style, comfort, and convenience as such. The charging case uses NFC for fast and simple pairing with Android phones, and in terms of size it falls in the middle ground: the case is larger than the ultra-small case of AirPods Pro but smaller than the case that comes with the Momentum True Wireless 2 or MW07 Plus.

The earbuds come with a generous range of six different tips for silicone ears to help you achieve the best fit possible.

The WF-1000XM3 earbuds use touch-sensitive controls that can be personalized inside the free Sony Headphones Connect app, and when you remove an earbud, on-board sensors automatically pause the song. The WF-1000XM3 is still very comfortable and easy to use, while not as sleek as some other earbuds.

The WF-SP800N starts with the same basic design and adds greater safety through the use of flexible ear fins, which helps to lock the earbuds in place during hard work. There is very little overlap between the two versions except for a slight taper on one end of the outer shell of the earbud. The charging case for the SP800N is much more lightweight but lacks the 1000XM.

For longer periods, some people may find the 1000XM3 more convenient, since they don’t rely on an ear fine to remain there. We tried to use the SP800N without their ear fins to see if they could offer the best of both worlds, and it’s close: they certainly stay in your ear, but they’re not as stable as the 1000XM3, and we don’t recommend using them for workouts like this.

The WF-1000XM3 has had some of the best ANC we’ve ever tested in a pair of truly wireless earbuds since they first debuted. Apple’s AirPods Pro is even better, to our delight. The AirPods Pro is $20 more expensive than the 1000XM3 and it makes sense in certain respects. Yet the WF-SP800N is less expensive — meaning their ANC isn’t as good as that?

Technically speaking, the answer is yes, and that’s because the WF-1000XM3 uses Sony’s patented HD Noise-Canceling Processor QN1e, the same processor used on the company’s excellent noise-canceling headphones WH-1000XM3. Sony doesn’t directly state the noise-canceling tech exists within the WF-SP800N, but you know we ‘d know more about it if Sony thought it was better than the QN1e.

In the real world, it is unlikely that when it comes to blocking sounds, there is only a 10 percent gap in the efficacy of the two versions. For research purposes, a vacuum, a loud bathroom extractor fan, and a construction team outside the house were our pandemic-based version of airplane white noise or normal office operation.

When sitting right next to them, neither the SP800N nor 1000XM3 could absolutely cancel these sounds, but even at three or four feet away, both sets of earbuds somehow minimized those sounds pretty much the same. The WF-1000XM3 could have been much better but it was too close to calling. 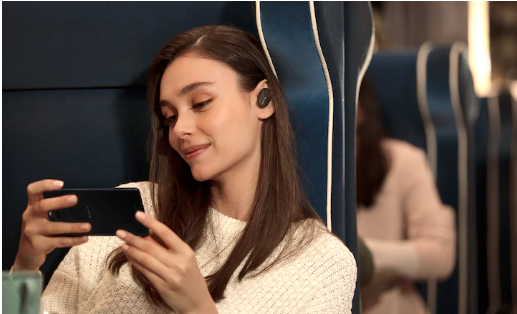 The SP800N sounds amazing. We offer vibrant, full sound and for those who want their workouts powered by the music, there’s plenty of bass on tap. On the other hand, the 1000XM3 provides the same raw acoustics but there’s an extra degree of clarity and refinement. The vocals are just a little simpler, the midranges just a little better defined, and the bass somehow manages to complement the rest of the track and never to order.

Sony’s DSEE HX technology also supports the 1000XM3 earbuds, which does an excellent job of enhancing the quality of compressed digital music tracks such as MP3 and AAC.

It is subtle but noteworthy. 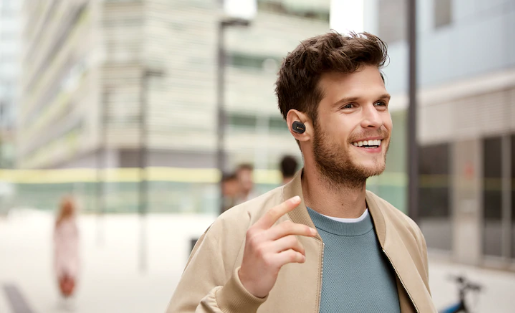 If you had to choose between how good background noises were canceled and how clear your voice sounded when calling people using your true wireless earbuds, which one would you pick? The answer to that question defines pretty much which of these two models gets the call quality.

The WF-1000XM3 is more effective in dealing with moving vehicles, talking people, and any number of other background noises than the WF-SP800N-so your callers can sound very clear to you. Your voice can however suffer from what I can best define to the other end of the line as a “wibbly-wobbly” effect.

The SP800N, on the other hand, is perfect for delivering your voice at the same level as using the microphone you can receive, but your callers would have to deal with the sounds around you.

It’s a confusing conundrum: the earbuds you ‘re most likely to use in noisy environments such as the gym or running don’t suppress sounds as well as the buds designed for quieter areas, and the buds better suited for everyday use in those quieter spaces don’t convey your voice particularly clearly.

Choose your poison, because this is another tie.

Are the champions here on WF-SP800N? Absolutely. Truly. In all of the places we were able to measure or count, they crush it.

Compared to the WF-1000XM3, they ‘re not just holding up well they’re giving it, and all other ANC earbuds some serious competition.

There is only one field where SP800N does not dominate: Quality of speech. To some people, in two words, this is the rivalry. All we can say for those buyers is that if sound quality matters more than battery life, water and dust safety, or price, stick to the WF-1000XM3. This is before Sony launches the WF-1000XM4, which is possibly not all that far.